The loquacious media personality Nedu Wazobia has continued to trend for the past few weeks over several controversial discussions he has been hosting on his podcast show.

Recently, the OAP decided to open up about one of the ex-Big Brother Naija housemates, who happens to be bald and jobless.

Nedu revealed during his podcast show that one of the bald BBnaija stars has continued to go about looking for various mischievous ways to trend on social media. 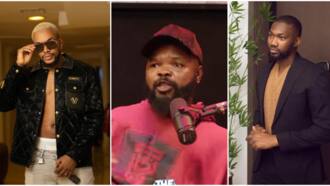 “He Must Have Been Rejected Multiple Times”: BBNaija’s Deji, Kess Slam Nedu Over Comment on BBN Girls

According to Nedu, the Big Brother housemate now feels too big to hunt for legal gigs, so he went on to tell one of Nedu’s friends that they should stir up an online fight so that they will trend for days on social media, as that would help the bald reality TV star bounce back to relevance.

Watch the video of Nedu talking about the bald BBNaija star

“Nedu own self too much.”

“You forgot to add joefrey.”

“You no wan call name but u don give description chai God abeg make person no cast me like this.” 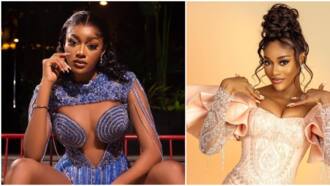 “If e too cost go another place aunty”: BBNaija Beauty calls out photographer who charged her N500k per look

“Make nedu no just get your secret your hand, you’re finished Nedu and portable suppose be .”

“This guy that my gf said they are dating Nd posts.‍♀️‍♀️”

“This guy don’t like the big brother show. Just confirmed that. ‍♀️”

comments from Nedu Wazobia about BBNaija girls got on the wrong side of a couple of former male housemates, Deji Morafa and Sir Kess.

Deji Morafa said the reason why Nedu’s continues to attack BBNaija girls is because he applied to be on the show multiple times but was rejected.

Sir Kess , reacted to Nedu’s comment, by stating that it is unfair to undermine the hard work of the female BBNaija housemates.

The 10 Best Boutique Hotels in Sedona

Owning a Hostel is Anything but Hostile to Your Pockets