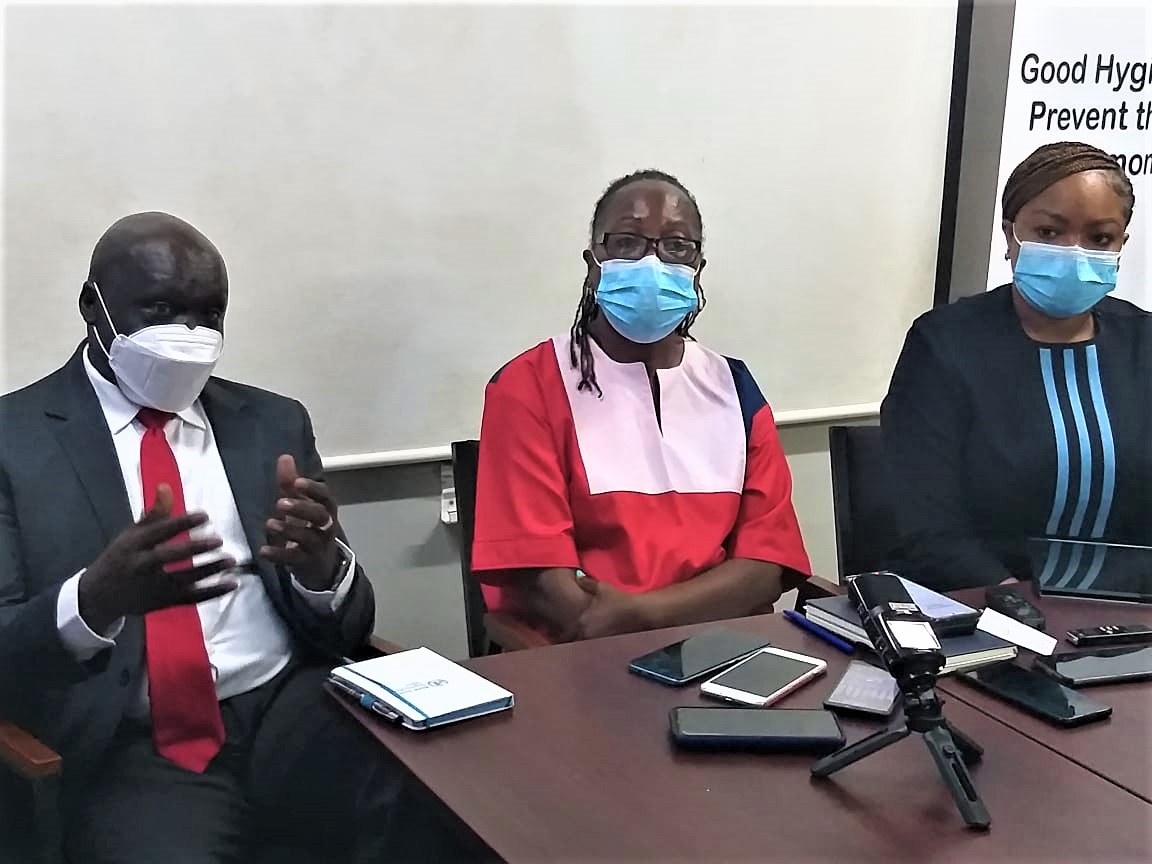 Monrovia, July 25, 2022: The government of Liberia through the Ministry of Health and the National Public Health Institute of Liberia has today declared an out-break of monkey pox, following confirmation of a case in Maryland on the 24th of July 2022 by the National Public Health Reference Laboratory and the World Health Organisation has been duly informed as required by the International Health Regulations protocol of 2005. It is confirmed that it is a cross border imported case from Ivory Coast. The country has moved in to heighten surveillance in Maryland and nearby counties and most importantly at the main ports of entry as one of the measures to curb the outbreak.

The Honorable Minister of health – Dr Wilhilemina Jallah has urged the general public to report any strange skin conditions that resemble chicken pox to the nearest health facility in the area.

“Anybody smearing chalk on the face could be concealing a skin disease. Report any cases of individuals presenting with fever, headache, muscle pains, blistering, rash and swollen lymph nodes”, said Dr Jallah

Minister Jallah further encouraged the public to immediately isolate anyone displaying signs and symptoms of the disease and called for calm as there is no need to panic.

Complementing the Minister of Healths message, the WHO Liberia Country Representative Dr Peter Clement, added that since April this year the world has been reporting monkey pox cases, with close to 74 countries having reported so far- including countries that have never had cases in the past. The number of cases is over 16,000 globally with a low death rate of around 1%.

“Monkey pox is already declared Public Health Emergency of International Concern. This means if a country has confirmed a case of monkey pox it is important to raise the awareness, strengthen surveillance, engage communities appropriately, isolated the case and ensure health workers adhere to infection and prevention control measures to protect more people and limit the transmission as quickly as possible in a well-coordinated manner”, said Dr Clement.

He further added that the virus can respond to small pox vaccines which were used in the past- very few countries have started using the vaccines; but this is targeted based on proper risk assessment

It’s through Liberia’s robust routine surveillance system that the case was detected in Maryland and the country has confirmed having the capacity to test and confirm cases of monkey pox. WHO will continue to provide the government with the necessary support.

This is the second time Liberia has confirmed monkey pox in country since the first case in 2018. Monkey pox has been endemic in West and Central Africa but has been reported for the first time in Europe. Cases of monkey pox have been reported from countries where the disease is not endemic, and continue to be reported in several endemic countries. On Saturday 23rd July 2022, the WHO declared Monkey pox as Public Health Emergency of the International Concern globally.

Keep Us Out of Your Foolery, ADC Denies Peace Deal With Presidential Candidate

Keep Us Out of Your Foolery, ADC Denies Peace Deal With Presidential Candidate

Ghana: Cancer Patients Stranded At KBTH Over Breakdown of Machine

How to hurt Peter Obi’s chances – The Sun Nigeria

The Guide to Cycling in Cape Town

Innovation at a crossroads after pandemic, says UN – World