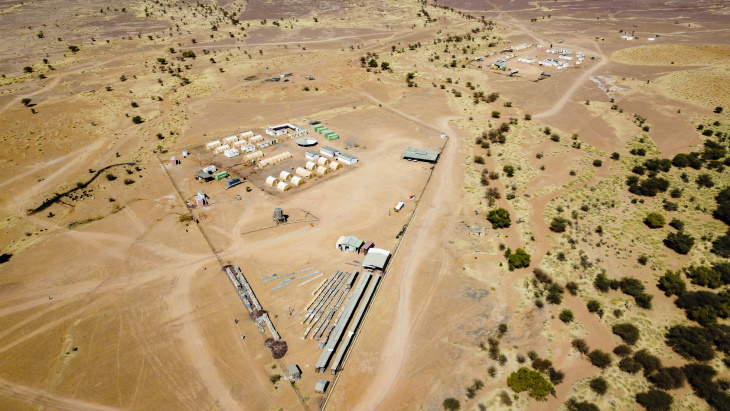 The Dajy camp at the Dasa project (Global Atomics)

The hybrid power plant at Dasa will include 16 MW solar, 15 MW battery energy storage, a 16 MW back-up diesel generation plant and advanced controls integrated with grid power provided by Sonichar, a majority state-owned utility company. The system will provide about 35% of the project’s power requirements from renewables. Once operating, the mine will require 12 MW of consistent power.

Enernet has already commenced early engineering for the power plant. This work includes solution optimisation, equipment selection, preliminary design and configuration of the connection to the local grid network.

Enernet is expected to complete the early engineering in late-2022 following which the construction phase of the power plant is scheduled to begin. The hybrid plant to due to be delivered in 2023.

Once completed the hybrid power plant will be owned, operated and maintained by Enernet.

The Dasa project is a high-grade uranium deposit that lies within the Adrar Emoles III licence area, 105 km south of the established uranium mining town of Arlit, in Niger. It has indicated resources of 101.6 million pounds U3O8 (39,080 tU) at a 1752 ppm cut-off and inferred resources at 87.6 million pounds U3O8 at 1781 ppm, according to an NI 43-101 technical report published in July 2019. The project is fully permitted for commercial production.

The Phase 1 Feasibility Study for Dasa was filed in December 2021 and estimates yellowcake production to begin by the end of 2024.  Mine excavation began in early-2022.

“Our commitment to a cleaner and greener environment is absolute,” said Global Atomic Chairman and CEO Stephen Roman. “At the Dasa project, the flagship of our uranium division, we will produce uranium for nuclear power generation and to help countries reach their zero-carbon targets. We are committed to develop Dasa as the largest and highest-grade uranium producer in Africa and Enernet will help us to become one of the mining industry’s leaders in low emissions.

“Enernet’s approach will help reduce our up-front capital costs, support Niger by engaging its state-owned utility Sonichar as our primary energy source, introduce solar as a legacy to the region and utilise our own generators as a backup to ensure the health and safety of our workers and continuous operations.”


In-situ leach (ISL) operations began at Honeymoon in 2011 but the mine was put on care-and-maintenance in 2013 by its then-owner Uranium One. Boss acquired the project in 2015. The project is considered one of the world’s most advanced uranium development projects that can be fast-tracked to resume production. 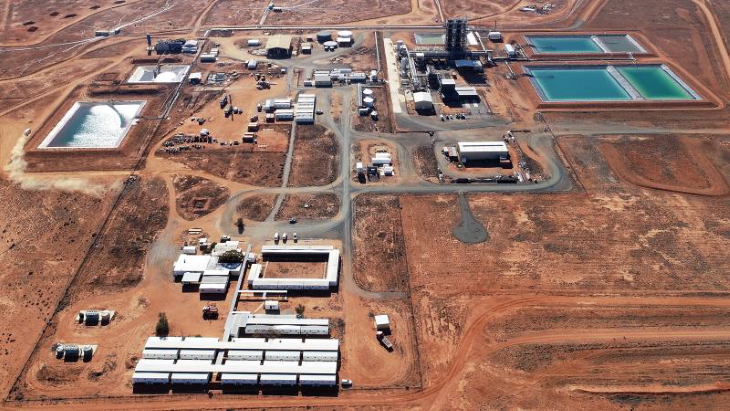 The board of Boss Energy last month approved the final investment decision for the development of the Honeymoon project. The Perth-based company said that since that decision was made it has “taken significant steps” towards ensuring that production starts in the final quarter of 2023.

This development activity includes ordering key equipment, advancing the detailed engineering and undertaking the initial wellfield works and camp refurbishment. Boss said these early activities are being undertaken in line with the completed Front End Engineering Design study announced on 31 March this year.

The current construction activity involves three start-up wellfields, it said. Contractors have mobilised to the Honeymoon site for the piping and electrical works, with wellfield drilling to commence in next month. A building contractor has also mobilised to start the refurbishment and upgrade of the mine camp and administration areas. High speed data services have been connected and site access road upgrades are scheduled to start soon.

“We are pushing ahead rapidly with our construction and development plan on multiple fronts,” said Boss Managing Director Duncan Craib. “As part of our strategy, we are taking extensive measures aimed at mitigating any delays we may encounter due to the equipment availability and freight challenges around the world.

“This approach ensures we will meet our goal of being Australia’s next uranium producer, with first production set for the December quarter of 2023.”