The World Food Programme has warned that the global fertilizer shortage could wipe $11bn off Africa’s food production value this year and create a catastrophic decline in output. Thankfully, Morocco’s OCP Group, leader in plant nutrition and the world leader in the phosphate fertilizer market, has stepped up with a rescue package that could stem the tide. OCP Africa CEO Dr Mohamed Anouar Jamali (pictured above) is in conversation with Anver Versi.

Africa’s small-scale farmers who produce the bulk of the continent’s food, battered by a double-whammy of unseasonal weather and a 30% hike in fertiliser prices, will find considerable comfort from the news that the Morocco-based OCP Group is coming to their rescue; they are rolling out perhaps the continent’s largest ever private sector fertilizer relief programme.

African farmers, whose application of fertilizer is still the lowest compared to their counterparts in any other region in the world, face a grim prospect as global shortages of this vital input have raised prices well out of reach of most of them. 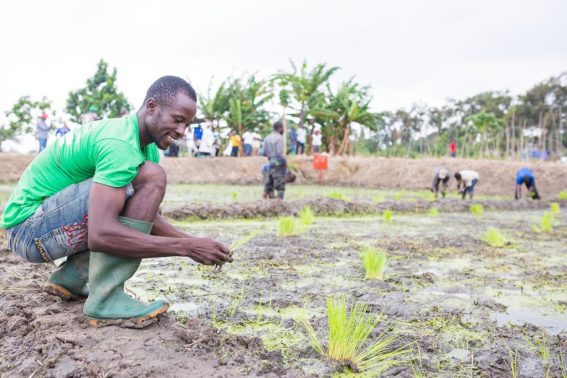 The spillover affects local food production just as the grain supply bottlenecks from Ukraine and Russia begin to seriously bite. China, hoarding its own stocks of fertilizer by selective bans on exports, has been compounding the problem.

The UN World Food Programme has warned that the fertiliser shortage “could push an additional seven million people into food scarcity”. It is estimated that cereal production in 2022 will decline to about 38m tonnes from the previous year’s output of more than 45m tonnes. It is feared the continent could lose over $11bn in food production value.

Enter OCP Group with a rescue package. “Within the context of disruption in the global supply chain of fertilizers, we believe that urgent action to secure the availability and affordability of fertilizers in Africa is necessary,” Dr Mohamed Anouar Jamali, CEO of OCP Africa told New African. “We are launching our largest ever fertilizer relief programme to empower African farmers” he said. 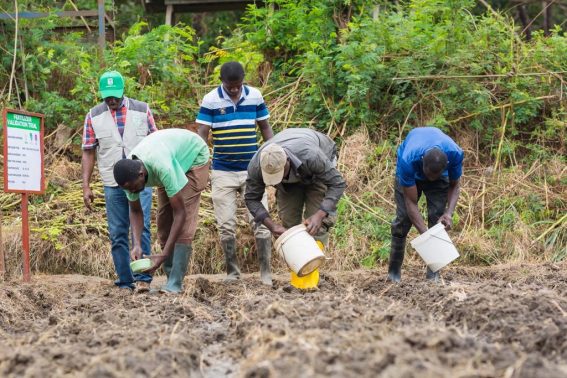 The Moroccan company, founded over a hundred years ago, is today one of the world’s largest fertilizer manufacturers, with access to 70% of the global phosphate rock reserves and over 30% market share of the world’s phosphate product market.

“This represents some 16% of the continent’s phosphate fertilizer needs,” said Dr Jamali. “OCP Africa is supplying about 2m tonnes of P fertilizer annually to the African continent and this operation represents about a quarter of this volume.”

Dr Jamali said the emergency operation was in response to appeals made to the organisation from various bodies in African countries which are struggling to obtain fertilizers at affordable prices. The programme will cover 20 African countries.

“The fertilizer will be specifically targeted at smallholder farmers which account for most Africa’s food production,” Dr Jamali explained. “Over 90% will go towards the production of staple crops like maize, rice, sorghum and teff.”

The allocation of the fertilizer relief will be based on potential impact and will take into consideration the needs of farmers, seasonality and distribution logistics, he added. “We will conduct this operation hand-in-hand with local strategic partners, including governments and distributors to ensure OCP products reach local markets and farmers”.

The relief programme, which will roll out over 20 African countries, has already started. Earlier this month, OCP donated 15,000 tonnes of Di-ammonium Phosphate (DAP) fertilizers to Rwanda. An additional 17,000 tonnes will be supplied at a discounted price.

Gérardine Mukeshimana, Rwanda’s Minister of Agriculture and Animal Resources said the donation was of a “special importance at this period when fertilizer costs are high.” She added that 10,000 tonnes were going to be used as a strategic fertilizer reserve and 5,000 tonnes would be a starting stock for a new fertilizer blending plant under construction.

The plant a joint venture between OCP Group and the Government of Rwanda, will have the capacity to blend 100,000 tonnes of fertilizer annually when it becomes operational next year.

Dr Anouar Jamali said the emergency relief contribution as well as the company’s increasingly intimate relationships with various African countries is in line with Morocco’s vision of South-South cooperation initiated by King Mohamed V1. “His Majesty says ‘Africa should trust Africa’ and that is what we as a pan-African country believe in,” added Dr Jamali.

He was keen to stress that providing a much needed supply of fertilizer to Africa in its time of need is only part of the company’s strategy. “We need to bring all sorts of support to farmers, including training on the best agriculture practice for sustainable fertilization and also include a supply chain support.

“Our mission is to provide the most affordable and suitable farm solution through our holistic crop value chain approach and our application of R&D and innovation.”

A subsidiary of OCP Group, OCP Africa was created in 2016 to “contribute to the sustainable development of African agriculture”. Dr Jamali said the organisation developed fertilizer solutions customised to local conditions such as soil consistency, weather patterns as well as the crop needs. “We also work with many different African governments, non-profits and private enterprises to connect farmers to the agricultural services, knowledge, and resources they need in order to prosper,” he added.

Based in Morocco, OCP Africa has a presence in 16 countries, as well as subsidiaries in 12 countries including Kenya, Ghana, Nigeria, Ethiopia, Rwanda, Senegal, Tanzania, Zambia, Cote d’Ivoire and Cameroon. “We have dedicated 20% of our total fertilizer output to meet African demand,” said Dr Jamali, “but we have the capacity to increase our output several times if needed.”

The massive disruption to international supply chains caused initially by the Covid pandemic and exacerbated by the Russo-Ukrainian conflict, which have precipitated alarming levels of shortages and price hikes, has surely driven home the message that Africa can no longer depend on imports to pick up the slack in its own food production.

It must ramp up food production quickly and to do this, it needs fertilizers in plenty. The fact that it is hitherto the lowest user of fertilizer in the world and has some 65% of the world’s arable land available for cultivation indicates that it can indeed become the breadbasket of the world. OCP Group, as one of the world’s largest fertilizer manufacturers and currently engaged on a $8bn expansion plan, could well be the lynchpin around which the continent can frame its agricultural acceleration strategy.

Dr Anouar Jamali says, “Our mission is to unlock Africa’s full agricultural potential”. OCP has the key – the question is whether Africa collectively is willing to turn it and open the door.

Africa around the world Art of Mozambique