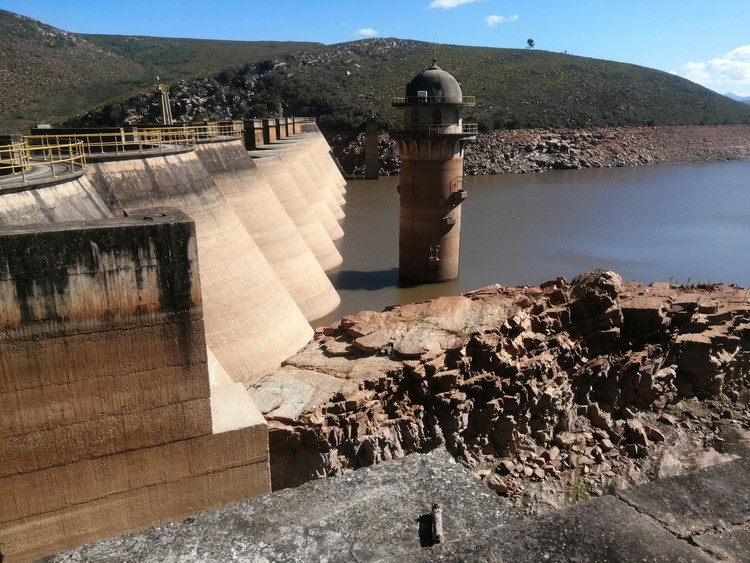 Smartphones now outnumber people with access to clean water in their homes. This bizarre factoid shows that human quality of life is no longer limited by our technological capabilities but rather by our access to, and efficient use of, finite and depleting resources.

In other words, the kind of innovations that we tend to think of as high-tech are no longer suitable for solving many of our global crises. Instead, what we require are solutions that are cost-effective, economical with resources, and simple enough to be implemented in the under-resourced regions in which those crises are felt most keenly. In the case of the global water crisis, this must be done urgently.

Residents of Nelson Mandela Bay are keenly aware of this, as some areas experience “water-shedding” because of low dam levels, and the looming threat of “Day Zero” when taps throughout the municipality run dry. Capetonians narrowly averted this scenario a few years ago and throughout the country there are places where trucks have to deliver fresh water.

Predictions by the United Nations and the World Bank paint a bleak picture in which water scarcity will displace almost a billion people this decade, resulting in a wave of refugee crises and conflicts, and the next decade is set to be even worse.

Research is needed where it matters

The first questions to be addressed, then, are what do we use water for, and where does it actually end up? Globally, and in most countries, the breakdown of water usage by sector is as follows: 70% for agriculture, 20% for industry, and 10% for household use. In short, we use the vast majority of our water for farming. Of that water, only a tiny fraction (seldom even as high as 5%) ends up in the actual plants; the rest evaporates, one way or another.

This paints a simple picture of the root cause of water shortages – evaporation in agriculture accounts for twice as much water as all other uses put together. I have personally attended several scientific conferences about water technology and farming is seldom mentioned. Evaporation, specifically, barely comes up.

The distribution of research efforts is completely disproportionate to the breakdown of water usage for two reasons.

Second, Europe does not have a water crisis, and neither does most of North America. These two places are the world’s major scientific hubs and so scientific spending and effort reflect their needs rather than those of poorer regions.

Perhaps worse still, the incentives in science are all structured to reward working on the same things that other people are working on which, coupled with the reverence held by developing nations toward developed ones, means that even the world’s poorest nations tend to devote our resources to solving Europe’s problems rather than our own.

Nevertheless, the task of minimising agricultural evaporation, and thereby addressing the water crisis, has started to gain momentum. A consortium of South African researchers (of whom I am one) from Wits University, UCT and UNISA has begun delving into the problem by taking the same techniques of chemical engineering reactor design and optimisation that has been used to ruthlessly refine chemical processes for decades, and applying them to agriculture, particularly greenhouses.

The results have been startling. It has been found that there is a crucial limitation on reducing water usage, which is the requirement for CO2. Because plants quite literally construct themselves out of CO2, there is a minimum air-flow that is needed to meet that demand. Because plants require conditions that are warm and somewhat humid, internal greenhouse conditions tend to entail a considerably higher water content in air than the surrounding air, because the water carrying capacity of air increases exponentially with temperature.

Because airflow must enter the greenhouse at ambient conditions and then leave at internal greenhouse conditions, this difference in water content must be met by evaporation in the greenhouse. And because air is such a dilute source of CO2 (~410 parts per million at present) the air-flows required to supply enough CO2 are remarkably high and therefore, huge quantities of air end up being humidified during their passage through a greenhouse. This phenomenon holds true for open-air agriculture as well but is even worse because air-flows and diffusion are much less controlled.

This inverse relationship between CO2 concentration and water requirements means that finding a richer source of CO2 has the potential to solve this problem by lowering that fundamental minimum water requirement, potentially lowering agriculture’s water requirements drastically. Pure CO2 produced by the usual method, cryogenic distillation of air, is generally too expensive to apply this method economically. The economics of its production are tied to the demand for the other constituents of air, Oxygen, Nitrogen and Argon. Ramping up CO2 through those methods, therefore, is a limited prospect at best.

Fortunately, there is no need to supply pure CO2 to plants; they simply require a source that is richer than the atmosphere.

Several viable sources for such a feedstock have emerged in recent years. One of those is flue gas from industrial processes, an approach which kills two birds with one stone by drawing down greenhouse gases and converting them to biomass.

When the predominant fuel was coal this would not have been feasible; flue gas from coal contains contaminants such as sulphur dioxide, mercury and radionuclides that make it unsuitable to go anywhere near our food sources. But natural gas has become more common as part of a drive to reduce environmental impacts. It is a far cleaner-burning fuel with flue gas suitable for greenhouse CO2 enrichment (after cooling).

Another emerging option is using membrane gas separation to extract CO2 from the atmosphere. Membranes that are highly selective to CO2 have been developed recently, primarily directed toward the purpose of CO2 capture but entirely suitable for partially enriching an air stream to feed a greenhouse.

Perhaps the most promising approach, particularly in the South African context, is true closed-loop agriculture. In this concept, all of the waste arising from food production and consumption is in some way converted to usable commodities and returned to the greenhouse.

The simplest and most appealing form of this is one of a bio-digester that processes sewage (the end-of-life product of all food crops) along with agricultural and kitchen waste to produce biogas as an energy source, with the resulting CO2-rich flue gas returned to the greenhouse and the digestate from the digester used as a fertilizer.

By returning most of the outputs of agriculture to the growing environment, this approach minimizes the required inputs, saving on fertilizer, water and energy while increasing yield.

Some barriers remain, unfortunately. Most water-scarce regions also have hot climates, making cooling a key issue for greenhouse operation. Because ventilation is the most prevalent method of cooling, reducing airflow through CO2 enrichment becomes impractical, because ventilation requires high air-flow and evaporation is the main mechanism for removing heat. This means CO2 enriched agriculture is most easily implemented in cold climates, a situation which threatens to deepen the global imbalance in food availability by making cold European climates counter-intuitively superior for farming.

This trend is already evidenced by the fact that the Netherlands, a tiny country with scarcely any sunlight, is now the world’s second largest exporter of fresh produce, trailing only the USA.

The only solution, evidently, is to fix the problem of greenhouse cooling in hot climates under resource constraints. The problem with that solution is that hardly anyone is working on it.

Finally, although engineering solutions are a vital part of solving water shortages, as can be seen in areas where South Africans have run out of water, failures of governance – poor planning and corruption – are the key problem. We need good science and engineering to address our water shortages. But even more, we need better politics – there is no good reason for water to be scarcer than smartphones.

© 2022 GroundUp. This article is licensed under a Creative Commons Attribution-NoDerivatives 4.0 International License.

You may republish this article, so long as you credit the authors and GroundUp, and do not change the text. Please include a link back to the original article.

We put an invisible pixel in the article so that we can count traffic to republishers. All analytics tools are solely on our servers. We do not give our logs to any third party. Logs are deleted after two weeks. We do not use any IP address identifying information except to count regional traffic. We are solely interested in counting hits, not tracking users. If you republish, please do not delete the invisible pixel.

When Innovation Rhymes With Next-Generation

My Life in Food: Idris Elba on African Cuisine and Cooking with his Mum

The more the merrier, says Miano as EAC vets Somalia’s bid to join the bloc

When Innovation Rhymes With Next-Generation

QoD: What % of 18-24y/os learn personal finance from social media?