Steve May gives us the lowdown on his 2019 John Deere R962i trailed sprayer with 6,200-litre tank and 36m boom, which he runs for Northampton-based Fromant and Sanders.

Find out why he’s keen on the PowrSpray system and the Greenstar RTK guidance he has had fitted.

What sprayer are you using?

We like to make good use of our tractors, so we’ve got a trailed John Deere rather than a self-propelled machine.

All in, I’ve got about 810ha of arable ground to spray, split between the home farm and contract work.

A lot of my time is spent on the road travelling between blocks of land, so I need plenty of capacity to avoid having to keep running back to base or having someone following me around with a bowser.

With the current machine I can do most work running from our yard, but when I’m on pre-ems at 200-litres/ha, I do have a couple of satellite water tanks I can use.

We chose a John Deere because we got on well with the last one – a simpler M740 – and the fact we get looked after by our dealer, Farol, so well.

Before settling on the R962i, I did have a Horsch equivalent out on demo, which I thought was a great machine.

I think the boom had the edge over Deere’s, but the filling system wasn’t quite as slick. I’d have been happy with either, but it was the dealer backup that clinched it.

What extras did you get?

The R series sprayers are already high spec, so a lot of the features I needed came as standard.

This machine has got the Twin Select nozzles, with one fixed and one quad rotating nozzle.

I can switch between these in the cab, so it reduces the number of times I need to get out to change nozzles. Plus, I have the option of running both together.

Individual nozzle control was a bit too pricey, so it’s running 12 3m auto section control, which works perfectly well – I haven’t noticed any significant under- or overdosing in the short ground.

That said, individual nozzle control would be nice to have next time if it’s affordable.

One particularly good feature is the PowrSpray system that has separate pumps for filling and spraying.

The filling one has got a 1,200-litre/min capacity, so it can brim the tank with water in about five minutes.

I set how much water I want in the screen and leave it to fill on its own, but I do use the Active Pause function to slow the filling rate while I’m putting the chemical in.

I pull the sprayer with a John Deere 6215R AutoPowr, which is set up with Greenstar RTK guidance.

I use this to put the tramlines in and it means I can spray everything with autosteer without having to worry about satellite drift.

I particularly like the way the tramlines are highlighted on the screen so I can see exactly where they are.

Before this I worked on SF1 and it did my head in continually having to correct the guidance lines as I worked across the field. Now they are perfect all the way through the season.

In the cab, I’ve got a separate screen to run the spray controller and an extra joystick for the hydraulic functions. 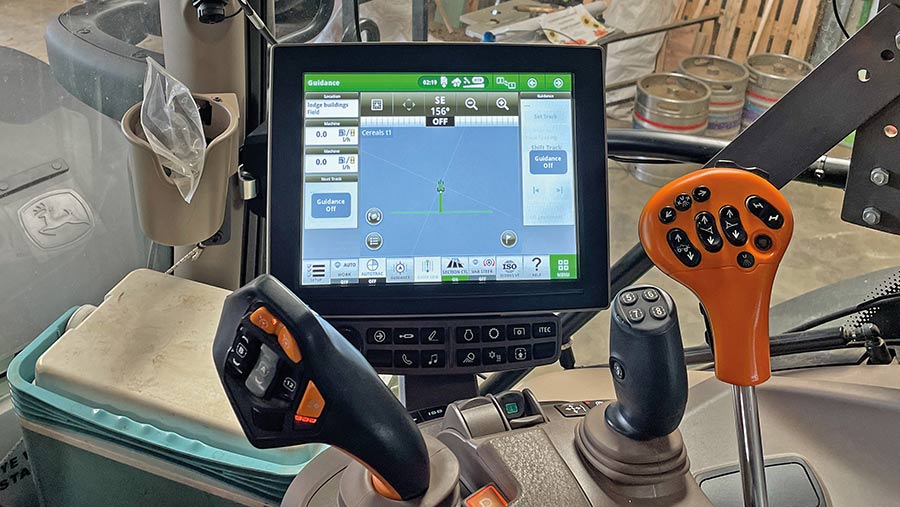 I know it’s possible to set everything to run through the tractor’s Isobus screen and Command Pro joystick, but I’m old-school and prefer to keep it all separate.

To help keep afloat in the winter, both the tractor and sprayer are fitted with 710 tyres. These do a good job of spreading the weight and it makes very little mess.

How has it performed?

Other than a couple of teething problems, the performance has been hard to fault.

It fills quickly, sprays accurately and it has some clever technology that makes it very nice to operate. It’s also surprisingly manoeuvrable for such a large implement.

The only problems have been a cracked boom centre frame and a couple of pin-prick holes in hoses, all of which have been replaced by Farol under warranty.

Another weakness is the cable used in the dry sight glasses, which has snapped several times.

Part of the reason for the sprayer’s good handling is that it has air suspension, which helps it ride smoothly both on the road and in the field.

The axle also has an automatic steering system that prevents it crabbing along hillsides.

Occasionally, autosteer doesn’t turn the wheels enough to keep the machine in line, but it’s easy to take over manually. Once it’s back on flat ground, I can press a button to centre the wheels and hand back control.

The boom is very stable, but because there are only three sensors on the auto levelling system, it can be a bit slow to react.

I get around this by slowing down a little when I get to tricky terrain so that it has time to adjust its position. I understand that the new version has five sensors, which should improve this.

But my biggest bugbear with the boom is the fact that it’s so wide when folded and doesn’t have any protection for the nozzles.

I’ve knocked several off when travelling down the road in the summer when the hedges are overgrown.

Another good feature is the large induction hopper, which makes it easy to tip in and rinse a 20-litre can.

The fact it empties into the top of the tank via the filter basket also means I can fill quickly without risking it frothing. 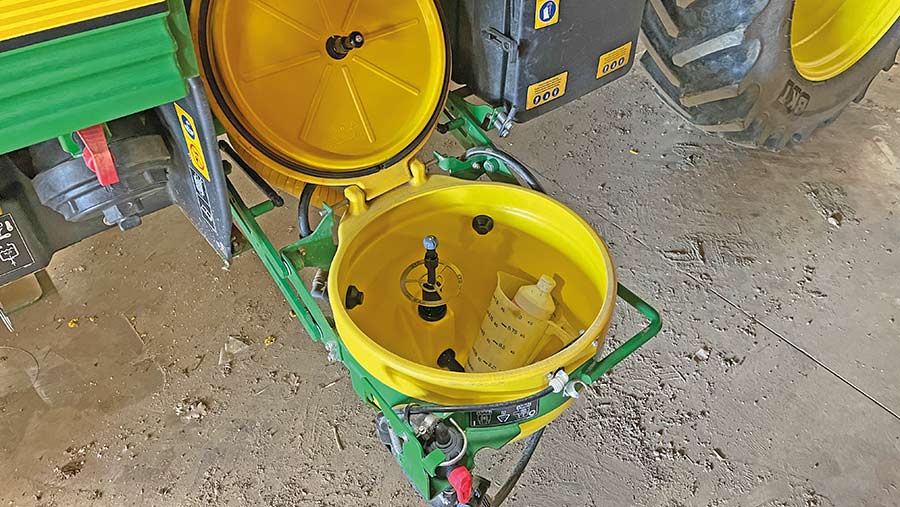 The only downside is that granules can sludge in the filter bowl, so it’s worth hopping on the top and removing it before putting them in.

What are your go-to nozzles?

I tend to run at 12kph and 100 litres/ha, switching to 200 litres/ha for pre-emergence spraying.

Most of the time, I’ve got a red 035 Guardian Air and 025 Guardian Air on the Twin Select nozzles, which I can switch between in the cab.

To reduce the risk of drift, I sometimes use both together and drop the pressure. I also run a 03 Defy nozzle for various applications.

For the pre-ems, I’ve got 05 Defy nozzles, which give good efficacy, and a Hypro 05 ULD in an angled cap that comes in handy when there’s a bit of a breeze.

Cebu Pacific adds flights to Singapore from Manila and Cebu