The Scottish actor, known for his lead in internationally acclaimed films ‘300’, ‘Greenland’ and the ‘Olympus Has Fallen’ trilogy, will lend his image to be the face of U-Power. 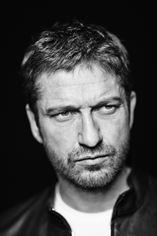 Butler debuts his new role as ambassador for the brand starting immediately. The three-year collaboration will see Butler representing the brand across all media channels – from TV adverts to social media and offline communication activities.

U-Power, who was been consolidating and increasingly strengthening its communication strategy in Italy and across Europe, will be working with Gerard Butler to make the U-Power world and its principles known to a global audience.

The decision in choosing Butler comes from his embodiment of the U-Power man spirit – strong and vigorous but at the same time ready to get his hands dirty for every need. Butler’s own personal and professional journey being a great example of resilience and determination and what it means to fight for one’s dreams and goals. This aura around the actor eliminates the distance of the impeccable models typical of the fashion world, creating a deeper and more authentic connection with the brand’s consumers of everyday working men and women.

Franco Uzzeni, CEO of U-Power Group comments: “Having Gerard Butler as brand ambassador can only fill us with pride. Being represented by a face of global fame is a confirmation of the successes that U-Power has achieved in recent years, at the service of workers. We are confident that the collaboration will be more than fruitful.”

ABOUT U-POWER
U-Power Group was founded by entrepreneur Pier Franco Uzzeni in 2006, in Paruzzaro (Italy), based on the experience handed down by his father and then gained in 50 years of activity in the safety footwear sector. Since then, the Group has grown to become one of the main players in the sector, a leader in the Italian and European market for work footwear. In recent years, the Group has also successfully entered the technical workwear market. U-Power was created with the aim of becoming the safest and most authentic point of reference for workers’ safety. Having always been committed to the continuous improvement of its products’ technical and qualitative characteristics, U-Power Group wishes to contribute to improving people’s quality of life by offering Personal Protective Equipment (PPE) that is safe, comfortable, high-performing and with an attractive design.

Cape Peninsula: Where to Go & What to Do

Cape Peninsula: Where to Go & What to Do