Can Titan Re-enact STB/UBA Feat in Union Bank after Acquisition? 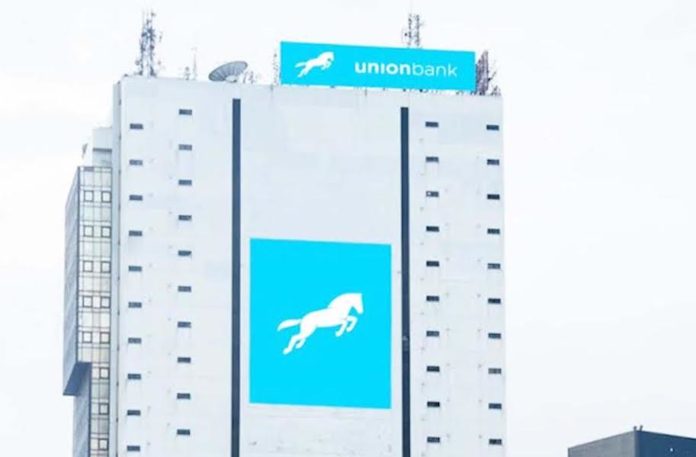 Having completed the process of acquisition of Union Bank Nigeria Plc, all eyes will be on the owners of Titan Trust Bank to turn the fortunes of the acquired bank in a way to make the 104-year-old institution a front runner in the Nigerian banking industry, reports Festus Akanbi

History is on the verge of repeating itself in the Nigerian banking industry with the recent takeover of the 104-year-old Union Bank of Nigeria Plc by the two-year-old Titan Trust Bank, a business deal that brings back sweet memories of the audacious acquisition of the United Bank of Africa (UBA) Plc by Standard Trust Bank Limited, which was a relatively small bank, as at 2005 when the business deal was struck.

Many had written off the STB bid for UBA which critics derisively described as an exercise that looked like a proverbial ant trying to lift an elephant immediately after the deal was made public. However, members of the Nigerian banking public are living witnesses to the remarkable turnaround of UBA  which has since expanded to 20 African countries with offices in three global financial centres – London, Paris, and New York.

Titan Trust Bank is described as a member of the TGI Group, which is a Pan-African conglomerate with diversified investments in various industries across seven African countries and a large network of origination, distribution, and supply chain hubs.

Last week, a Pan-African multilateral financial institution mandated to finance and promote intra-and extra-African trade, Afreximbank rolled out its support for Titan’s bid with the approval of a $300 million Intra-African Investment Financing Facility for Titan Trust Bank to help it acquire a controlling share in Union Bank. The fund, according to Afreximbank, will improve the competitive dynamics of the Nigerian banking market while retaining confidence in the country’s financial services and overall financial stability.

The disbursed facility would complement the funds required for the proposed acquisition. A statement from the bank explained that “Afreximbank’s financial support enables TTB to secure the acquisition of a well-capitalized bank with an extensive network, enabling the entity to better serve vital economic activities of the public sector, companies, and small and medium-sized enterprises.”.

Afreximbank believed TTB would use the UBN acquisition to boost its capacity to take advantage of the African Continental Free Trade Area’s unrivaled potential(AfCFTA), promising to continue to support the newly merged entity in trade finance to promote intra- and extra-African trade through its broad range of programmes and initiatives.

Formed approximately three and a half years ago, Titan Trust got a national banking licence to operate in Nigeria and got off to a quiet start although it was positioning itself as a challenger bank.

After the takeover of Union Bank, the bank appointed new directors to its board and a new chief executive officer. The new CEO is Titan Trust Bank’s Managing Director, Mudassir Amray, while the directors are Farouk Gumel, Andrew Ojel, Abubakar Mohammed, and Lawrence Mackombo. Mr. Farouk Gumel is the chairman.

The list of the bank’s core shareholders includes Cornelius Vink, a citizen of the Netherlands, who has been operating in Nigeria as far back as the 1980s. He established TGI in 1991, Luxis International DMCC, and Magna International DMCC, both of them parts of Vink Corporation DMCC which holds 48.09 per cent and 37.39 per cent stakes respectively in Titan Trust, summing up to 85.5 per cent.

Others include Aminu Yaro, a northern business mogul, who owns 9.07 per cent of Titan Trust’s 58.4 million ordinary shares, and Mr. Babatunde Lemo, former deputy governor of operations and director of the Central Bank of Nigeria, who chairs Titan’s Trust bank’s board. He is also currently the chairman of fintech powerhouse Flutterwave. Mr. Lemo holds a 0.9 per cent interest in Titan Trust Bank, translating to 529,970 shares.

Amray, a seasoned banker with well-rounded exposure of over 25 years in senior management roles, will replace Emeka Okonkwo as the managing director/chief executive of the new Union Bank.

Before being appointed the Chief Executive Officer for Union Bank, Mr. Amray led the establishment of Titan Trust Bank Limited and he was the pioneer CEO since October 2019.

The new owners are expected to infuse more capital into the bank to acquire new technology and rejig its human capital base. Already the bank has announced the appointment of new members of the board to run the new Union Bank. They may not also contemplate a rebranding of Union Bank for now as it would be very costly for them.

The affected top executives include the former chief executive of the old institution, Emeka Okonkwo, and the Board Chairman, Beatrice Bassey, who was also a Non-Executive Director. They were both replaced by  Amray and Gumel, respectively.

Before the coming of Titan Trust Bank, Union Bank has always been in the line of sight of many corporate titans. Access Bank at a time made a move for Union Bank but for one reason or the other, it lost its interest. Writing on the botched takeover bid, a Lagos-based analyst, Temitope Ajayi, recalled that Access Bank made a move on Union Bank around 2009 by mopping up the shares of Union Bank through proxies, to gain enough footholds to make a bid to take over the bank. However, according to him, things went so bad that Union Bank issued a cryptic press statement accusing a bank of sponsoring thugs to disrupt its Annual General Meeting.

While Access Bank did not succeed in taking over Union Bank at that time, it succeeded with the acquisition of the defunct Intercontinental Bank; an act considered a forceful takeover that was supervised by the Central Bank. The directors and shareholders of Intercontinental Bank are still in court challenging the propriety of the deal.

Union Bank of Nigeria was one of the Nigerian lenders bailed out by the central bank in 2009 after it ran into trouble waters and was supported by a capital injection of N239billion($1.56billion) from the Asset Management Company of Nigeria (AMCON) for the purchase of toxic assets.

In 2012, the bank appointed Mr. Emeka Emuwa as its chief executive following a $500 million investment by Union Global Partners into the bank, with a mandate to transform and restore one of Nigeria’s oldest institutions to its rightful position as a respected provider of financial services. After his exit from the bank in March 2021, the board appointed Emeka Okonkwo to replace him before the current deal with Titan Trust Bank.

However, analysts contended that following the dwindling performance of the bank over some time, the business deal with Titan Trust Bank may be the best option for Union Bank at this period.

For instance, on the backdrop of weak gross earnings and a decline in net interest income, Union Bank announced a 23 per cent drop in profit after tax to N19.4billion in 2021 from N25.1billion reported in 2020.

The lender in its audited financial statement for the full year ended December 31, 2021, also reported a 20 per cent drop in profit before tax to N20.8billion from N25.9billion in 2020.

For its first quarter of 2022 operations, the result declared was not so inspiring also. It recorded a drop in profit before tax (PBT) from N6.46 billion to N5.84 billion reflecting a 9.5 per cent decline. Profit after tax (PAT) also declined: from N6.20 billion in Q1 2021 to N5.55 billion in the review period as seen in the bank’s unaudited financial statement for three months of the year.

The Chairman of Titan Trust Bank, Mr. Tunde Lemo said the outcome of the combination of Union Bank and Titan Trust Bank will be the emergence of a technology-driven tier 1 bank.

Lemo was quoted as saying, “Titan Trust is a tier 3 bank. Union Bank is a tier 2 Bank. “So we are going to see the emergence of a tier 1 Bank.”

He further observed that despite the tender age of Titan Trust Bank, it is today Nigeria’s number in trade finance, adding that the lender saw an opportunity in Union Bank where it can leverage fintech in deploying services.

On his part, Amray stated that the successful execution of the deal offers the company an opportunity to make significant progress in market share acquisition.

Musk Promises Starlink Connectivity to a Region in Huge Need

After COVID, African countries vow to take the fight to malaria