WHEN WILL NIGERIA’S RECLAMATION COMMENCE?

Nigeria: INEC to Conduct Mock Accreditation Ahead of General Elections 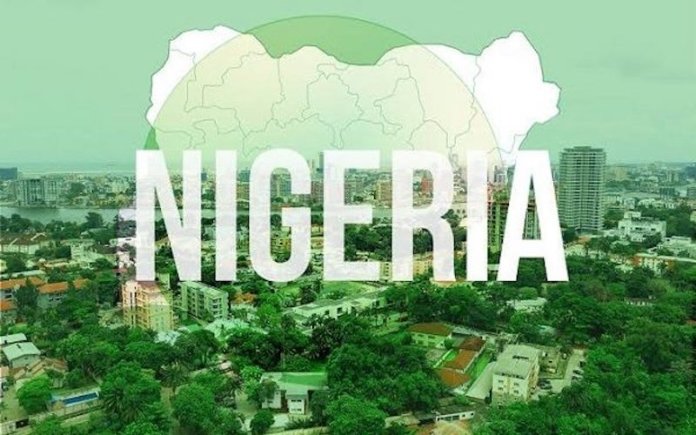 Nigerians should ensure only people with track record of performance are voted into office, writes Ugochukwu Ejinkeonye

President Muhammadu Buhari’s regime has about a year to hit its expiration point. Perhaps, the only thing that still retains the capacity to squeeze out some smiles on a couple of faces today is the faint hope that the president might eventually fulfill his pledge to firmly resist the deadly attraction of that poisoned fruit called “tenure elongation.” Indeed, many Nigerians are willing to take the risk of entertaining the optimism that the Abuja regime might be able to overcome the temptation to allow this one promise make a bold appearance on the long list of unfulfilled ones!

Despite the blizzard of outrageous claims roughly thrown at Nigerians every other day, it has become just impossible to muster any bit of expectation that this regime might still be able to shock Nigerians with any edifying impact on their lives before it exits.  Perhaps, the only reassuring feeling out there emanates from the palpable wish for the days and months to develop wings and fly away so fast so that with brightened faces and deep relief, Nigerians can happily embrace and congratulate one another that, eventually, the nightmare is over. The relief alone will be highly therapeutic, in fact, capable of increasing many lifespans.

Interestingly, this is one regime for which quite a number of Nigerians and non-Nigerians had staked their well-cultivated reputations to saddle with a salvaging mission, without, however, pausing to determine whether the loud power mongers had, at least, a simple direction or the capacity to comprehend the most basic issues in governance, or even just a sincerity of purpose.

In fact, Barack Obama must be wondering how his administration got itself so easily seduced with drab propaganda that it had to naively advertise undue partisanship in Nigerian politics to aid the emergence of a regime under which everything a nation should hold dear and sacred has been so incredibly devalued, in fact, far below what anyone could have imagined was possible in a country with a constituted authority.

In their favour, Candidate Buhari and his party were quite unable to disguise the obvious fact that they were too absorbed with capturing power to bother about what to do with it, but, sadly, their intoxicated supporters were too infatuated and mesmerized to notice all the red flags. And so, when the Independent National Electoral Commission (INEC) surprised them with the news that they have captured the presidency, for over six months, Nigerians could only watch a piteously dazed gaggle of power seekers still stuck in a campaign mood, dissipating excess energy attacking the former regime and looking bewildered like kids that just received a complicated toy from Daddy.

And till today, the APC regime is yet to demonstrate that it possesses the capacity to fix the most basic problems plaguing the country. It still seeks refuge in infantile propaganda aimed at stampeding Nigerians into the false belief, against the glaring evidence on the ground, that a failed country is up, working and flourishing. But what is clear to everyone is: if some bit of edifying adjustment has occurred in the country in the past seven years, we would not require any statements, often couched in very clumsy phrases, from Abuja to know!

If the APC regime had laboured, at least, to sustain the condition they met Nigeria in 2015, that in itself would have, in fact, amounted to a “monumental achievement!”  At least, many families would still be able to purchase bags of rice and other food items at affordable prices, instead of being callously tantalized with a distasteful celebration of “Rice Pyramids” which has not translated to a lower price of the commodity. Also, the naira would not be gasping for breath each time it made contact with other currencies, some of which held it in high esteem only a few years ago. Yes, several new, direct investments would have been welcomed in the country to boost the economy and provide employment to the teeming number of jobless youths.

At least, the National Grid would not have contracted the “falling sickness” (to quote Brutus in Shakespeare’s Julius Caesar), which regularly plunges the country into deeper darkness each time it collapses, killing industries by hiking the cost of production and joining hands with worsening insecurity to drive away foreign establishments to even less endowed African countries. Was it not shameful that the other day, the federal government was complaining that Ghana and other African countries were persuading foreign investors to avoid Nigeria and come to their own countries? If Nigeria was conducive for business, would any investor need any persuasion to take his investment elsewhere? Who wants to put his hard-earned funds in a country plagued by boundless insecurity and perennial darkness, where bandits, violent herdsmen and terrorists are treated with kid gloves instead of confronting them headlong and containing their menace? Life has become so worthless in Nigeria. People are slaughtered, maimed or kidnapped every other day; communities are razed and sacked; women and girls are brutally violated with chilling regularity. The federal government is still content with the banal condemnations it issues each time these tragedies occur, the dry condolence messages it throws at the families of the victims and the perfunctory assurance that “everything will be done to bring the perpetrators to book.”

By the way, how many weeks did it take our smaller neighbour, Chad, under Idriss Deby, to flush out Boko Haram from her territory and even recover some Nigerian communities captured and annexed by the terrorists?  Nigeria must by now be earning almost zero revenue from tourism. Is it not a huge shame that Nigeria still retains the star prize as the country with the worst electricity supply in the entire continent?

To compound matters, Buhari has borrowed the country into very financial enslavement. Yet, there is almost nothing on ground to justify such humongous indebtedness that can only keep the country perpetually stuck in the sticky mud of retrogression. Only recently, Gen Ibrahim Babangida, once reputed to have supervised over the worst corrupt regime in Nigeria, boasted that given the dizzying reports of massive corruption emerging with revolting regularity from the APC regime, his, then, was a regime of saints!

Should it then be shocking that anybody that is able to put some sentences together today wants to be Nigeria’s president? The argument out there is: if Nigerians can endure the Buhari Kindergarten Show for eight years, then the presidency has simply become an all comers’ affair. In fact, the entry qualification has been lowered to zero!

And so, Nigerians are insulted and scared each day by presidential aspirants assuring them that if elected, they will continue from where Buhari stopped. Indeed, it is only in a country like Nigeria that anyone can make such a dreadful threat and people outside a lunatic asylum would still suspend their ability to reason and cast their votes for him.

How long will Nigerians suffer before they tell themselves the liberating truth, namely, that apart from the deceitful, ephemeral satiation that might come from the realization that the president, governor or lawmaker is their “brother” or “sister,” what else do they reap if not unmitigated disaster like everyone else if the person is clueless? Buhari is from Katsina yet at some point, people from the state were reportedly relocating to Niger Republic to escape worsening insecurity. Even, now that there is an overwhelming insistence that a Southerner should become the president, every effort should be deployed to ensure that only the most qualified is elected.

It is time for Nigerians to wake up, look at the track record of people seeking their votes and put them in office because of what they are very sure they can offer. Enough of allowing yourself to be driven by infantile sentiments and crude lust for contaminated crumbs to put corrupt and groping undertakers in office who will only steal the treasury pale to enrich themselves, families and cronies and then leave the country worse than they met it. Will a people be dumb and blind forever? Have Nigerians not suffered enough from corrupt and inept leaders to cause them to pull off the scales covering their eyes and use their brain for their own good for once? When will Nigerians rise as a unified force and commence the reclamation of their country?

*Ejinkeonye, a journalist and writer, is the author of the book, “Nigeria: Why Looting May Not Stop”

The devastating impact of Covid-19 on the creative econ…

Nigeria: INEC to Conduct Mock Accreditation Ahead of General Elections

The devastating impact of Covid-19 on the creative econ...