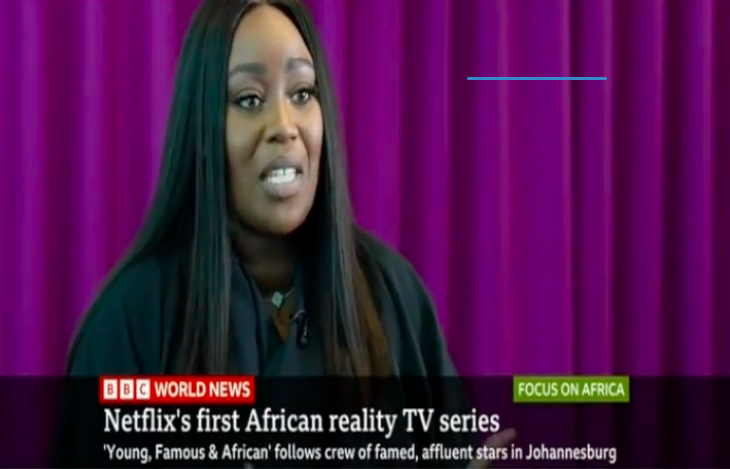 “Young, Famous & African” is one of the latest viral sensations to hit Netflix following other major local hits like “Squid Game” and “Bridgerton.”

The first of its kind reality TV series set in Africa was created and executive produced by African media maven, Peace Hyde, who also wears the hat of the head of digital media and partnership and West African correspondent for Forbes Africa.

The show that follows the lives and relationships of some of Africa’s biggest celebrities was launched on Netflix to a global audience of over 220 million and within its first five days shot up to the global top 5 list and instantly created a cult-like following across Africa and the diaspora.

In her exclusive interview with BBC, Peace Hyde shares her journey to creating the game-changing content and the impact it is already having globally.

Watch the interview below: