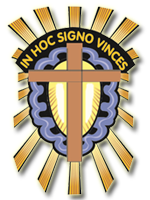 The Catholic Archbishop of Lagos, Most Rev. Alfred Adewale Martins has condemned in very strong terms the stoning and killing of Deborah Yakubu in Sokoto State by a mob of overzealous students for alleged blasphemy.

He also charged the law enforcement agencies to quickly swing into action to investigate the matter to identify the culprits and bring them to justice according to the Nigerian criminal law.

He said that the alleged killing of young Deborah Yakubu a female student of the Shehu Shagari College of Education is appalling, provocative, and inhuman.

Such acts, if not checked forthwith, he warned, are capable of further exacerbating religious tension, thereby causing disaffection amongst the peace-loving people of Nigeria.

In a release signed by the Director of Social Communications, Rev. Fr. Anthony Godonu, the Archbishop, while condoling with the family of the deceased student and the good people of Sokoto State and indeed all Nigerians of goodwill, also prayed for the repose of the soul of the deceased whose life was cut short in her prime.

“I feel very saddened by the callous manner Deborah Yakubu’s life was cut short in her prime by a bloodthirsty jungle justice mob. It shows how little the value that some people place on human life. This act once again attests to the fact that much still needs to be done in this country for us to appreciate the fact that every human life is sacred and invaluable, something to be nurtured and never trivialized. When you murder a fellow human being on an allegation of blasphemy you have not only committed murder but have sown the seed of hatred, suspicion and triggered corresponding negative emotions that could snowball into a deep crisis. No one has a right to arbitrarily shed human blood. It is not in our constitution; it is not in our customs or tradition. Such an act is archaic and reprehensible and should be expunged totally from our DNA. All those found culpable in this killing must be made to face the consequences and we must all ensure that justice is seen to be done.”

Archbishop Martins also called upon all Nigerians to be calm and to shun all acts of violence as we all await the action of the Security Agents in dealing with this heinous act of criminality irrespective of the motive behind it.

Distributed by APO Group on behalf of Catholic Archdiocese of Lagos, Nigeria.

Agricultural sector paralysed, over 80 percent of the population food insecure

91% of Cryptos From 2014 Have Died, While Bitcoin Continues To Thrive