Ghanaian Finance Minister Ken Ofori-Atta on Thursday emphasized the nation’s partnership with the African Development Bank in its development as he addressed journalists at a press conference to publicize the institution’s upcoming annual meetings.

Ofori-Atta described the meetings as seminal, in the context of a world seeking to rebalance in the wake of Covid-19 and the war in Ukraine.

Throughout Africa food prices are currently around 34% higher, crude oil prices 60 % and global inflation is affecting all countries, the minister said, with inflation in Ghana standing at around 23.6%.

“The newly poor in Africa has increased by 55 million and approximately 35 million formal jobs are at risk,” the minister said. “This toxic mix of challenges exist even as we try to recover from the Covid-19 pandemic.”

“In the African Development Bank, we have a well-positioned institution with the convening power and a network of technical and financial resources to significantly contribute toward finding robust solutions to some of these intractable problems that we are experiencing,” Ofori-Atta said.

During the annual meetings, scheduled from 23-27 May in the Ghanaian capital Accra, there would be a showcase of products and services of 13 indigenous industrialists and 5 fintechs on the sidelines.

“One of the key issues is how to push our non-regionals to accept ADF going to the capital markets to leverage the $25 billion equity so we can get more resources,” Ofori-Atta said.

He said the ADF would benefit from cheaper interest rates, should it turn to the capital markets. Donors and multilateral institutions cannot meet the development demands Africa has.

Speaking of the cocoa value chain, Ofori-Atta noted the importance of adding value to boost incomes of the country’s farmers in the lucrative cocoa industry. He said an emergency food plan proposed by the African Development Bank is designed to assist farmers, especially with fertilisers.

The plan, which hinges on providing certified seeds of climate-adapted varieties to 20 million African farmers, would see the rapid production of 38 million tonnes of food across Africa over the next two years. With the disruption of supplies arising from the war in Ukraine, Africa is facing a shortage of at least 30 million metric tonnes of food, especially wheat, maize, and soybeans imported from Ukraine and Russia. The Bank has pledged to invest $1.3 billion in the plan’s implementation.

“Through our enduring partnership with the Bank, Ghana has undertaken significant infrastructure development,” the minister said. He also noted other areas of collaboration, including education, modernisation of agriculture and financing for small businesses.

“It is a good time for this AGM to happen. It could lead to some really important change in how the global financial architecture is tackled, so that we can get the resources we need to be able to transform the continent,” Ofori-Atta said. 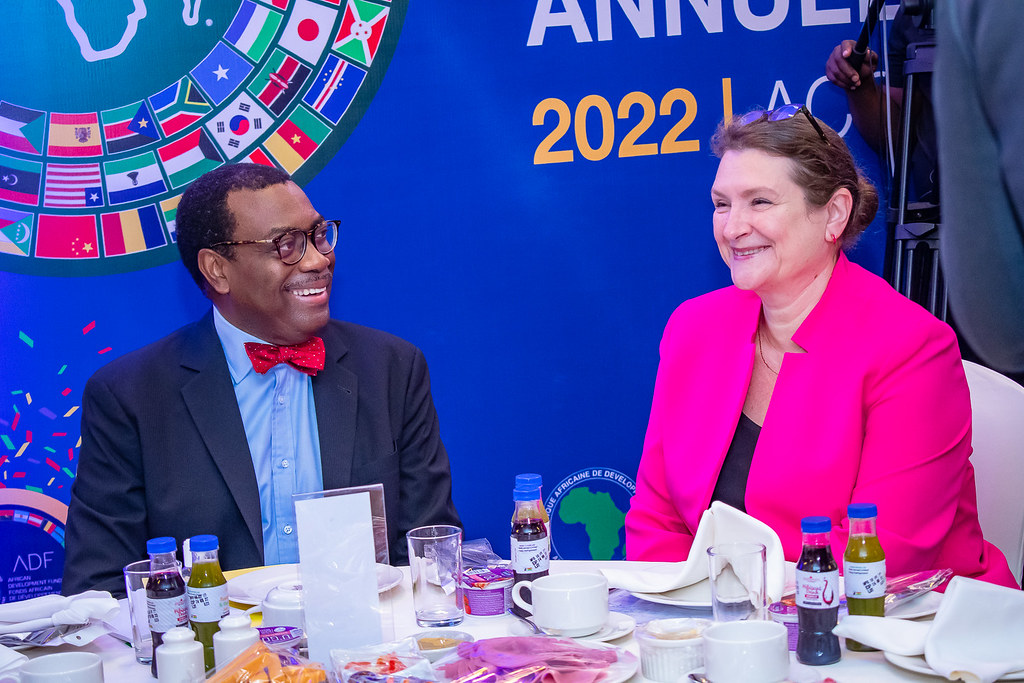 Removing alien plants can save water: we measured how much

Removing alien plants can save water: we measured how much